The secret of health system properties Salutaire lies in the use of rock minerals: mainly dolomite 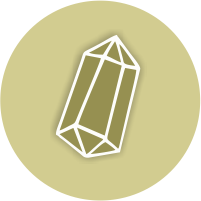 The Salutaire system utilizes carefully selected rock minerals (upper and lower), predominantly dolomite in different fractions which is in contact with the flowing air. Mineral deposits reduce the level of hazardous chemicals in the air – mainly carbon dioxide gases and smog. Used deposits, whose base is dolomite, are extremely rich in macronutrients, micronutrients and ultramicroelements essential for the proper functioning of our bodies. The optimum concentration of magnesium and calcium provides improved hygiene, and beneficial air ionization. These qualities make the Salutaire system stand out compared to other heat exchange systems.

Health-giving properties of dolomite have been known for centuries – the ancient Romans used dolomite for the construction of aqueducts and water tanks – so that the water remains clean and healthy. Nowadays, dolomite is used, among others, in water mineralizing systems, which treat water in many homes around the world. Dolomite is also widely used in the modern pharmaceutical industry, agriculture and food industry. 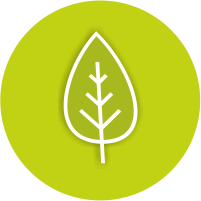 The Salutaire system provides healthy air in your home on a daily basis. Beneficial health properties of the supply air system Salutaire been confirmed by independent and impartial research conducted by the National Institute of Public Health – National Institute of Hygiene in Warsaw dated 26.10.2010. These studies concluded drastic reduction of bacterial concentration by 86% and fungi by around 97% is the supplied air.

Tests confirming the remarkable properties of the dolomite heat exchange system were made on installations active for 2-year.

The responses and test results confirmed that the system is completely safe and ensures healthy air in your home. For a comparative analysis the air was taken from before the exchanger and on the other side – where it was blown into the room. Based on these results it can be stated that the Salutaire system has self-cleaning (neutralizing) properties, so that the entire intake-exhaust system maintains its performance and allows for long functioning without costly and cumbersome cleanings.

And such is the Salutaire system!

If you want to learn more about the Salutaire system, whether it is worth it to install a ground-coupled heat exchanger, if you want to find out the rice or the costs of a full installation, fill out the form below. We will get in touch with you as soon as possible.